There is an ongoing competition amongst my cousins and siblings on my dad’s side as to who the black sheep of the family is. There are a few things that put me in the running: I’m the only one that lives outside the United States, I am the oldest and still have no children, I identify with different political beliefs, I have never had a linear career…

I’ve often made non-traditional life choices, but sometimes I wonder… Should I have studied something different? Should I have left home earlier in life? Did I choose the right path?

I have always been obsessed with the “right thing to do”. It’s like, “if I am doing the ‘right’ thing, then life will fall into place, no one will object to what I do, I will not be criticized and everything will be perfect.” Decisions weren’t too hard throughout high school and most of college, because, frankly, most of my path had been planned out for me by my parents.

After college, since I was forced to start making my own big decisions, I suddenly became afflicted with a bizarre “big choice” paralysis. To combat the indecision, I developed my very own “just do it” methodology. I’m sure you’re thinking, “yes!”, you’re thinking: Nike, being proactive, seizing the moment… But my process was a bit different: I would take the most far off idea that appealed to me, and, without much thought, I would just go for it; minimal planning, minimal preparation, minimal agonizing. If it caught my attention, took me out of my comfort zone and broke the norm, I would make that choice.

It was due to this kind of thinking that I am now a non-practicing certified yoga teacher and a certified bartender who really doesn’t drink. It’s how I became a volcano camping guide who had never slept outside a man-made building.

People have called me audacious and brave. Someone to be admired for her determination and self knowledge. I actually did all of those things because I couldn’t choose, I wasn’t brave, or rebellious, I simply didn’t know how to make important choices; so I made rash ones.

This revelation took a while to really sink in, but eventually I realized that, after a certain age neither my body nor my mind could take this constant “choice shock therapy”. I still have shoulder issues from going from nothing to three hours of intense yoga per day and I can no longer wear very high heels since I tore a ligament coming down my last volcano in Nicaragua eight years ago.

So if my kamikaze method of making decisions was neither sound nor healthy, then I started to wonder: how does one go about making the “right” choices? I began to research and question different paths and strategies.

First, I bust my own myth: there is no such thing as a “right” choice. There is no objective metric to measure whether a choice is right or not. How “right” a choice is is completely subjective, so now the question would be: how do you make the “right choice for you”? Second, making a choice is taking a risk, but how do you make this risk a calculated one? What are the pieces of information you need to arrive at the “right choice for you”?

Unfortunately, there is no way to know the future, that’s part of the reason making choices is hard, we don’t have any information about what is going to happen after we make the choice. What is important, is to think about these choices in various ways and try to practically examine which choice aligns best with ourselves and our values. There exist several commonly-suggested methods for making or clearing up choices, here is my take on them:

Pro-Con lists work for some people, and it’s very positive for them to see items on two sides of a paper. But generally, they don’t work for me because certain items do not carry the same weight. You could have 20 things on the “Pro” side that are light and one very heavy thing on the “Con” side, and then the scale see-saws back and forth. For example: for me, doing Jakobsweg and not having a job or security when I got back were not big problems, but the possibility of bed bugs was almost a deal breaker.

Analyzing expected outcomes is a well suited method for things that can be measured or are factual. When we are working through a problem or making a choice, it’s common to put blinders on and only think of things from one perspective or of the immediate consequences. Using this method, you might ask yourself one or more of the following: What is the probable outcome of this choice? What outcomes are highly unlikely? What are the likely outcomes of not choosing this one? What would be the outcome of doing the exact opposite? Question like these are tricky, trying to guess the probable outcome when you are stressed out about a decision might skew your view one way or the other. No one can determine the future, that’s why making choices is so darn hard.

Asking others’ opinions is a wonderful way of getting various points of view, but beware of who you are asking to give you advice and where they come from. People will always give you advice based on two things: who they are and what they want for you. Most parents will want you to be safe and secure and they will advise to that purpose. Your rebel friend will never tell you to get a job that requires a tie, etc… Listen to different points of view and advice, but always try to realize where it comes from.

Asking why 5(+) times is similar to the methodology I use to help entrepreneurs and companies figure out their purpose, and, it’s making a choice really about determining what your purpose is? Isn’t it about figuring out what you want? Toyota founder Sakichi Toyoda came up with the Five Whys method as a technique to figure out why something went wrong. The idea is that you ask a question like: “Why should I accept this job offer?” you offer and answer for it and then ask why that is, and so on. My take on the subject is that five times may not be enough when you are talking about unknown futures, so I would encourage you to continue your “whys” until you have reached a satisfying conclusion, and believe me, you will. This method always leads you to an AHA moment because it connects you with your purpose, your values, what you really want.

I now make decisions differently, slower, in a more calculated and reflective manner. I have acquired so many tools with which I can analyze my values and make choices that better align with who I am and what I really want. And, each time I make a new choice, I get to know myself and my values a little better and the next choice is always clearer and easier. Would I change my past choices? It doesn’t matter, I can’t, so I choose not to dwell on them and only look forward. I have realized, the only reason for even going back and examining my old choices is to learn to make better ones in the future, to get to know myself better through how I lived out the consequences of those choices. I also realized something else: I’m definitely the black sheep of the family. 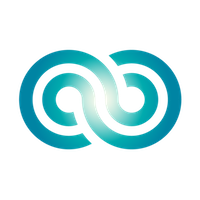 We offer coaching, workshops, training and programs in Munich, and internationally, for individuals who want to improve their leadership, decision-making, business storytelling, communication and image consulting, always starting from a place of personal values.